These are a few of my favorite photos. Of course I have many more, but won’t bore you with all of them. Please ask for permission to use my photos elsewhere. You can email me at kimsadventure@gmail.com. I would like credit where my photos are used. Thank you! 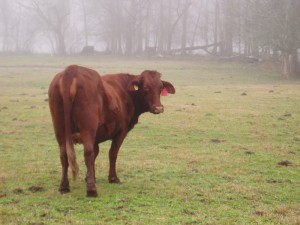 This picture was taken on the levee of the Atchafalaya River one foggy spring morning. This cow seemed to be wondering what I was doing. 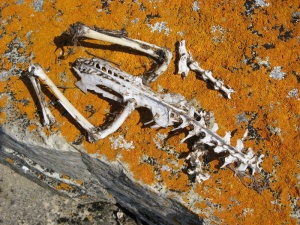 This was taken on a small rock island off the Canadian shores of Lake Superior near Silver Islet.

This was taken from the shores of Miner’s Lake just outside of Ely, MN.

Antelope Canyon near Page, AZ is one beautiful place! You can’t go wrong with any picture you take.

We arrived at Lake Powell one stormy looking afternoon. After the clouds disappeared and the sun came out, everything brightened up.

The desert surrounding Tucson, AZ was fascinating to me. Thousands upon thousands of saguaro cactus everywhere you looked. 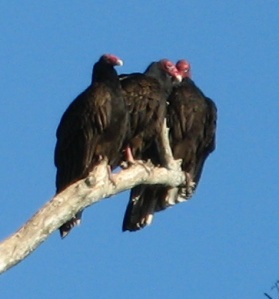 While staying at Manatee State Park in FL, we got to watch huge flocks of vultures that were spending their winter in a warmer area of the country. 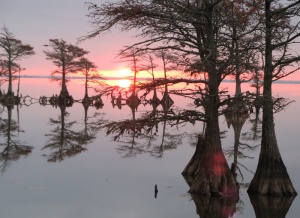 Mattamuskeet Lake in eastern North Carolina had some of the prettiest sunsets I have ever seen.

This was taken right outside our camper door at a campground in western Virginia. It was surrounded by a beautiful countryside.

This was taken at a small campground on the Blue Ridge Parkway. Because it was off season, we had the whole campground to ourselves!

The was taken at the end of Cape Cod on a cold, windy, fall afternoon. 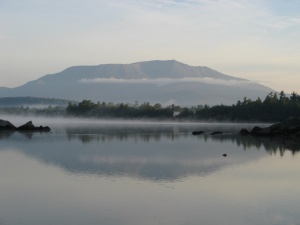 Both these pictures were taken at the same time – on different sides of an island on the Penobscot River in northern Maine. One was on the side of the sunset, the other side showing a misty view of Mt. Katahdin. 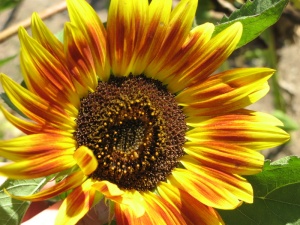 This was taken at Shelburne Farms outside of Burlington, VT. It was a great place that is a must see if you visit the area.

Both of these pictures were taken at Pictured Rocks National Lakeshore on the Upper Penisula of Michigan. It was one of the most beautiful places I have been anywhere. The water on Lake Superior was the prettiest and clearest blue on the lake. The colors on the cliffsides made it a delight to the eye.

This was taken at the mouth of the Two Hearted River on the Upper Penisula of Michigan.

On a circle tour of Lake Superior, we stopped at Pukaskwa National Park on the Canadian shores. This was a beautiful, truly wild park. This shot was taken one morning on a paddle through the coves on the shore of the lake. 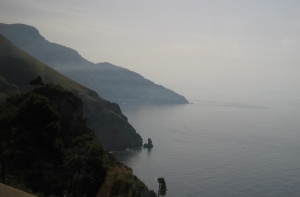 Taken on the shores of southern Italy, near Sorrento. This was my favorite part of Italy. Sunny, beautiful, good food and not so crowded.

Both of these shots were taken at a market place in Barcelona, Spain. The colors and sights in this market place were wonders to the eye. I must have taken 50 or so pictures.